2020 will forever be remembered as a year of trials and tribulations. From lockdowns, fear of the unknown, societal changes, and a new world with a new set of rules, hosting a live event is deemed nearly impossible. The Mighty Missouri Bodybuilding & Bikini Championships has been a staple in Great Falls, Montana for local and regional entertainment and competition.

Three years in a row, the Electric City has hosted the event with great success. Facing the many challenges the current scope of the world presents, event organizers had to overcome many obstacles to even make the event a reality. After months of planning, implementing new event and spectator protocol, The 4th Annual Mighty Missouri Bodybuilding & Bikini Championships came to fruition on November 7th, 2020, hosted at the CMR High School Arts & Media Auditorium.

Each year the depth of competition increases as the scope of participants becomes larger and larger. This year’s show featured a variety of newcomers and season veterans who have competed in previous shows. Nonetheless, the quality of each distinct class was showcased by some of the best talent Montana and surrounding states has to offer.

The event started with the prejudging portion where Head Judge, Meredith Hecker, instructed participants as they completed their walk outs, quarter turns, and side by side comparisons. Nearly all of the placing from the judges happens in the prejudging portion of the show. Participants are judged on total symmetry, balance, muscle, and leanness in regards to their specific class category.
Following the Bikini Classes, Women’s Figure competitors entered the stage. Figure Competitors are judged on an overall balance of muscular development which includes rounded delts, sweep to the quads, back depth, and width - emphasis is on balance and symmetry. Competitors competed in a two piece suit and heels, as they are judged on a healthy appearance, make-up, skin tone, and a full general assessment of presentation. ​
Concluding the Women’s Divisions, Bikini and Figure, the men’s competitors prepared to take the stage. Last year's show in 2019 featured one of the deepest classes in the Men’s Divisions that has ever stepped on the Mighty Mo Stage. 2020 did not disappoint and possibly beat 2019 in terms of competitor depth in the men’s divisions.

In the Men’s Physique Classes, the judges are looking for fit contestants who display proper shape and symmetry combined with muscularity and overall condition. This is not a bodybuilding contest, so extreme muscularity should be marked down. 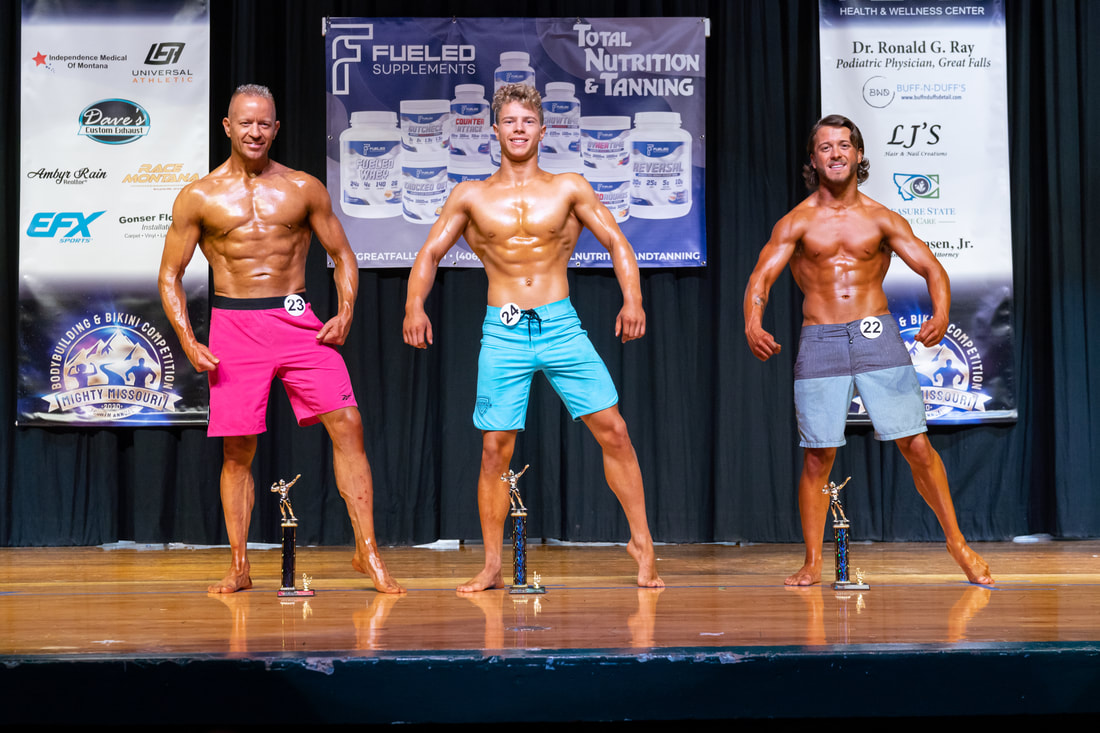 Men’s Classic Physique competitors made their way onto the stage for individual posing routines during the Night Show Finals. Mighty Mo fans lit up the place with cheers and claps as participants showcased their hard work to a posing routine with music. Judging is scored 100% and consisted of comparisons of the quarter turns and the “5” mandatory poses; front double biceps, side chest, back double biceps, abdominal and thighs, and favorite classic pose. 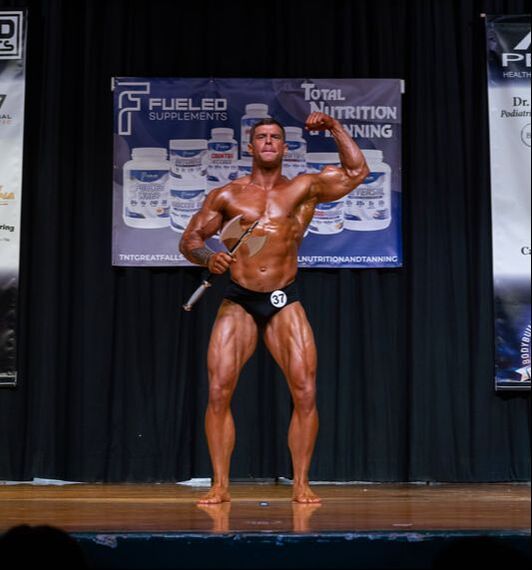 Classic Physique Class A
Classic Physique Class B
Classic Physique Masters
Redemption was had as hometown hero and military member, Travis Smith, beat Jordan Leveaux to win his class then finished it off with an Overall Championship Battle Axe in the Men’s Classic Physique division.
Spectatorship was limited due to new Cascade County Health Department regulations which didn’t allow for the large crowds the Mighty Mo has attracted in previous years. Regardless of the situation, all participants, fans, event staff and volunteers, created a night to remember. Corey Pierce at DJ Perfect Sound added all visual and sounds for the event for an exciting and vibrant atmosphere.

We want to give a special thanks to all event sponsors and our main event sponsor, The Peak Health & Wellness Center. Without the assistance of the Peak, the event would have not been made possible.

Next year we plan on continuing our journey and bringing the Mighty Missouri Bodybuilding & Bikini Championships to Great Falls, Montana for a 5th year. Hope to see you all there!